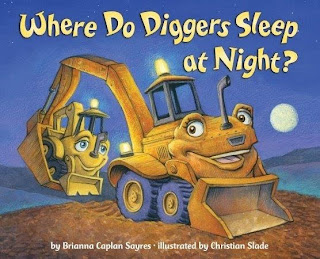 I met my wonderful editor at a critique. (I promise, I had been doing this long enough to know that you should never expect to get a manuscript acquired from a critique. But this time it happened. Yay!)

The morning of the critique, I got an email with the title of one of the manuscripts. Was the editor writing me for some reason?

Then I read the email. It wasn't from the editor who was giving me the critique. It was from a wonderful agent I had submitted to via an online form a month or two earlier. The agent (now my wonderful agent) liked my manuscript and wondered if I had anything else.

So I went off to the critique in a very good mood. What a great day!

Then the editor passed out the amazingly detailed written critiques she had prepared for each of us. She was so thoughtful. As I began to skim through mine, I was very pleased. She was very complimentary about my first manuscript and believed it would find an editor. Hooray!

Then I read what she had to say about my manuscript. Again, she was very complimentary, but the final line really got me. She "would like to consider acquiring it for their list" Oh my!!!

In the next few weeks, I signed with my agent. Hooray! She liked many of the manuscripts I had sent her. Soon after we heard from my editor, and WHERE DO DIGGERS SLEEP AT NIGHT? was acquired. It was quite the whirlwind (though as I waited to hear back time seemed to pass very slowly :o) .)

But that November day when I first heard from both my agent and my editor was incredible!
What was the editing process like?

My editor and I went through three or four rounds of revisions on DIGGERS. The first round was right after it was acquired. I completed the revisions that my editor had suggested on my manuscript in her initial critique. I removed some verses entirely and replaced them with others. Others I polished to make them flow better.
Then we went through another round or so of "flow revisions." Getting the garbage truck verse just right was challenging, but kids really like how funny it ended up with the stinky "Peeyoo!" (Thanks to my awesome editor for that fantastic suggestion!)

And during that round of revisions is when I changed the tractor verse from "Do their dads sing Old MacDonald for a barnyard bedtime song?" to "Do their dads sing Old TruckDonald for a barnyard bedtime song?" That idea just came to me as I was making the verse flow better and it has been another hit with my young readers. During the truck slumber parties I often do for little ones, we all have a grand time singing Old Truckdonald. :o)

Also, my editor suggested changing one of my verses to make it about monster trucks. Some parents and grandparents have mentioned how much their kids appreciate the inclusion of monster trucks, so this was another awesome suggestion!

Finally, my editor came back to me with one more super-important question. I had not answered the question I posed in my title. Where DO diggers sleep at night? Yikes! How could I NOT answer that question? But, how COULD I answer that question? After some thought, I added two more verses that imagined where all the trucks could be sleeping... though I kept it in question form just like the rest of the manuscript.

Working with my editor was wonderful! In each round of revision, she challenged me to make the manuscript better and better!

Your second picture book, TIARA-SAURUS REX, sounds delightful! Can you tell us a bit about it, without giving away the plot?

My agent nicely described it as "a tale of a very competitive dinosaur named Tina and some disappearing contestants at the Miss Dinosaur Pagaent."

How did you get the idea for this book?

The idea for TIARA-SAURUS REX came from a joke. One day for some reason, I joked to my husband about a dinosaur beauty pageant. He laughed and told me, "That could be a picture book." The idea stuck in my head and I kept working on it through many, many rounds of revisions. (In fact, I even wrote a blog post about this one titled "How Many Times Can I Revise 500 Words?")


TIARA-SAURUS REX will be published by in 2014. Can you tell us about the acquisitions process?


My wonderful editor at wrote back to my agent and said that she was in the process of prepping the manuscript for an acquisition meeting with her group. From the time we got that email, I was so excited and so nervous. What were the chances of my manuscript going through acquisitions? I knew that many manuscripts got that far and still got rejected. So I hoped and waited. (And the NY Metro area had a major storm during that time that shut everything down.)

About a month later I got a phone call from my awesome agent. We were going to get an offer! And then came the email with the offer! It was real!

What else are you working on?

I've got a lot of other fun picture books in the works. A couple about dinosaurs, a couple about jazz, and one fun one about a dragon.

Now that you're officially an author (woot!), what is the most surprising thing about it? What's the most rewarding?

I am also loving getting to do school and bookstore visits. I was a classroom teacher for many years and I love to teach writing. It is so much fun to get to be the visiting author who teaches kids about writing.

Thanks for visiting with us today and telling us about your publishing journey, Brianna. Best of luck with the rest of the trip!
Posted by Jody Jensen Shaffer at 5:53:00 AM 2 comments: